Monthly Market Review
uncertainty in the US Presidential Election race. 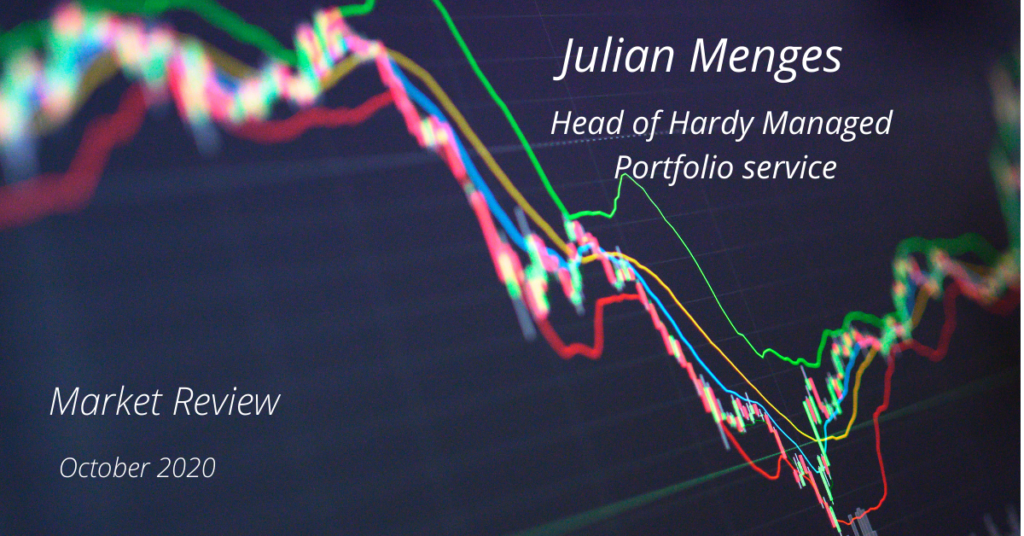 Growing uncertainty surrounding the impact of COVID-19 on the global economy led to weakness in most risk assets in October, which accelerated in the last week of the month. UK equities were down around 5%, while US equities (particularly the Nasdaq) fared better given their bias to the larger technology / consumer companies which appear to be less impacted, and in some cases even benefitting, from the evolving way we are all living and working. Emerging market equities were more upbeat as those countries appear to be coping much better with the virus.

The second big uncertainty is the forthcoming US Presidential Election. The consensus is for the Democrats to win, but we should not be surprised if the significant increase in postal voting (up from 21% in 2016 to around 40% this time) leads to recounts and uncertainty over the coming weeks. The outcome in the Senate will also be important as this has implications for future legislation and economic stimulus.

The outlook is probably most uncertain in Europe where surging new coronavirus infections are leading to new restrictions on movement and social interaction. The Eurozone has slid back into deflation for the first time in four years which has prompted growing speculation that the ECB will increase the size of its bond-buying programme and make the EU’s Recovery Fund permanent.

In the US, the Federal Reserve have signalled that its accommodative stance would remain in place until the end of 2023, but Republicans and Democrats have so far failed to agree on new government support measures.

Given the threat to global growth and the recent risk-off environment in equities, it is perhaps surprising that bonds were unchanged over the month. This is largely due to concerns about the extent and effectiveness of the next round of government stimuli, but it may also be on concerns that something more radical is in the pipeline.

On a more optimistic note, the recovery in Asia, especially China, appears to be picking up speed, resulting in speculation that some countries may even manage to record positive economic growth for the year which would be very reassuring.

Our bias to high quality companies

Periods of uncertainty are often accompanied by greater volatility in markets and a shortening of time horizons by investors. This can be unsettling for many clients, but it is important to remember that this is part of the natural ebb and flow of markets.

Our portfolios continue to have a strong bias to high quality companies that are positioned to grow over the longer-term. A significant number of companies have issued third quarter results during October and the trends we have mentioned previously have continued. Many of the most resilient companies we have exposure to (whether directly or via funds) are in the technology, healthcare and consumer goods sectors.

Technology companies have reported strong demand from corporations and individuals investing to adapt to a more virtual world, for example Microsoft reported a 12% increase in sales and 30% increase in profits in Q3. The healthcare sector has been resilient through the crisis and many of the large global consumer goods companies have announced healthy trading as they have seen an acceleration in online sales. A crisis often sees strong companies get stronger; this doesn’t necessarily show up in financial results immediately, but is important for the longer-term investor.

At the same time, we remain mindful that some of these sectors and companies have become increasingly popular due to the certainty they can provide in uncertain times and so some valuations can appear full. There is also a belief that interest rates are staying low well into the future and this adds to the high market multiple. So we remain alert to a change in sentiment and the driver of valuations.

Current portfolio positioning and the outlook…

We said last month that we expected to see an increase in market volatility in the short term, and so we were overweight alternative assets and cash to enable us to take advantage of any opportunities that may arise. In recent days we have been actively looking to see if we can deploy some of this cash and this will continue over the coming weeks.

This update is for information only and does not constitute advice or a recommendation and you should not make any investment decisions on the basis of it. The views and opinions within this document are those of Casterbridge Wealth at time of writing and may change without notice. They should not be viewed as indicating any guarantee of return from an investment managed by Casterbridge Wealth nor as advice of any nature. Past performance is not a guide to the future. The value of an investment and any income from it may go down as well as up and the investor may not get back the original amount invested. 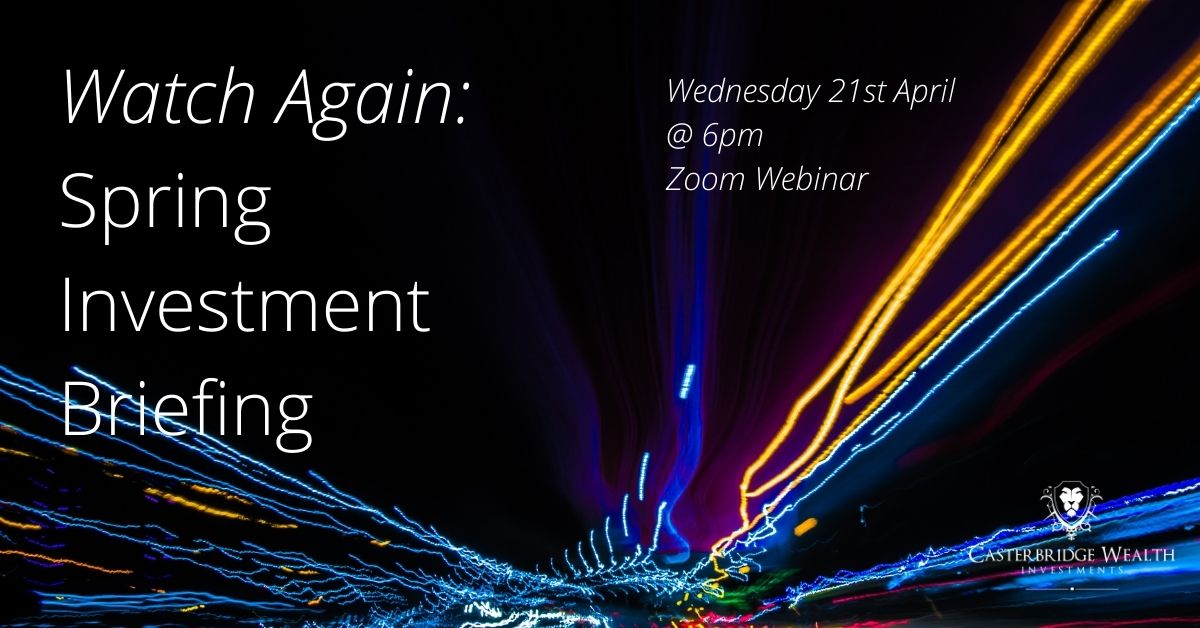 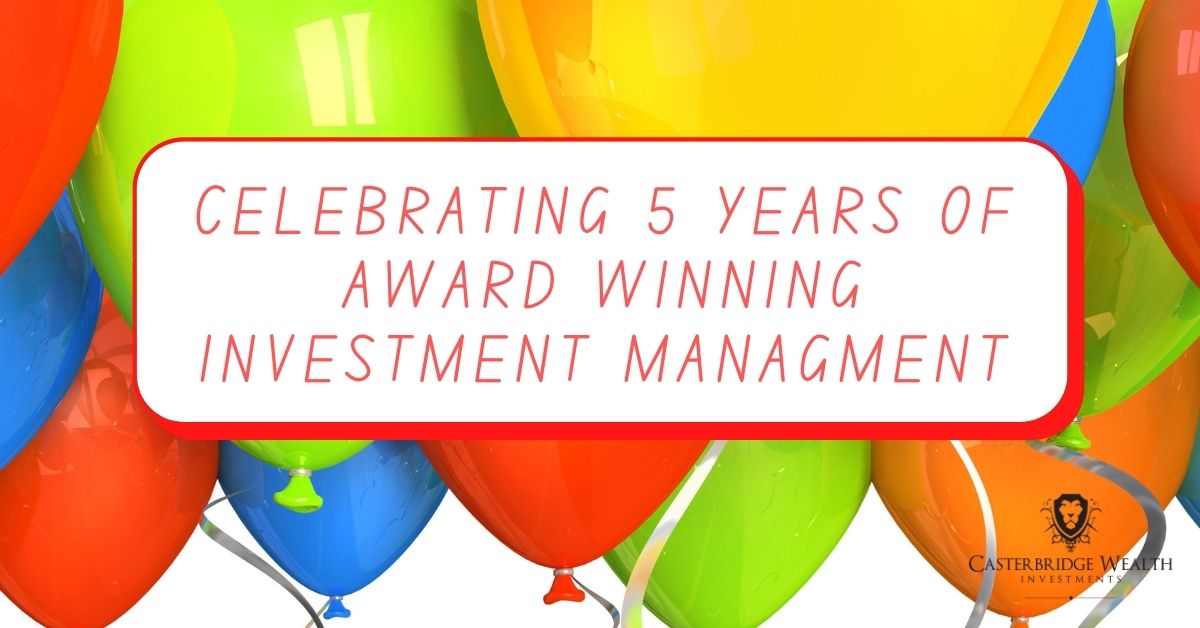 Happy Birthday messages from some friends 🎉🎉 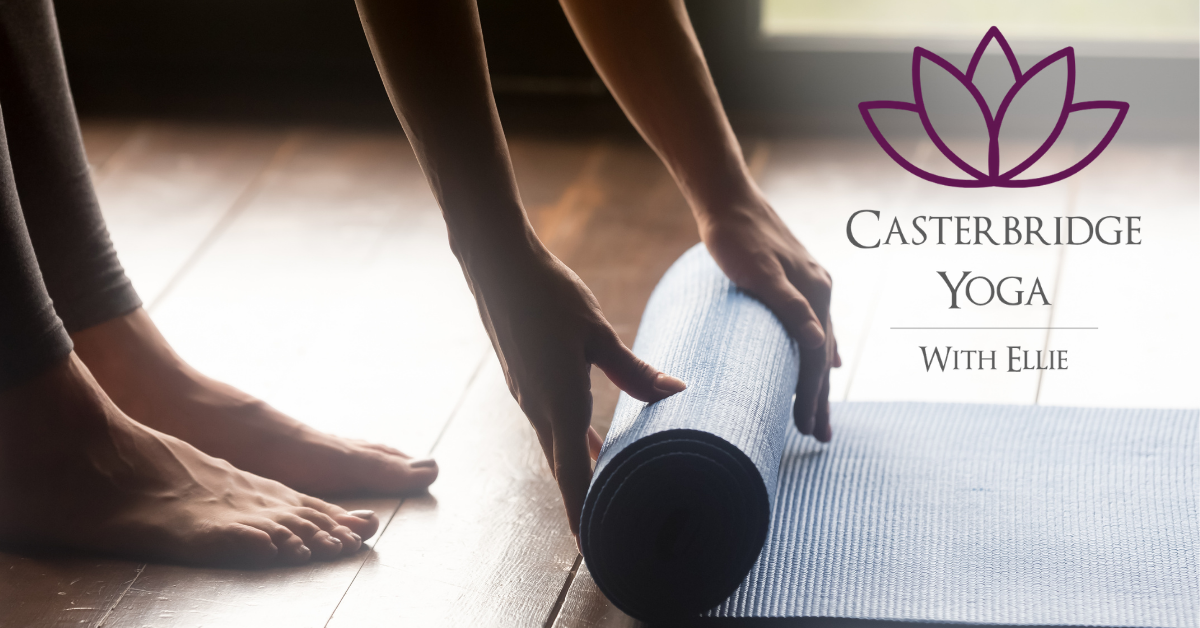 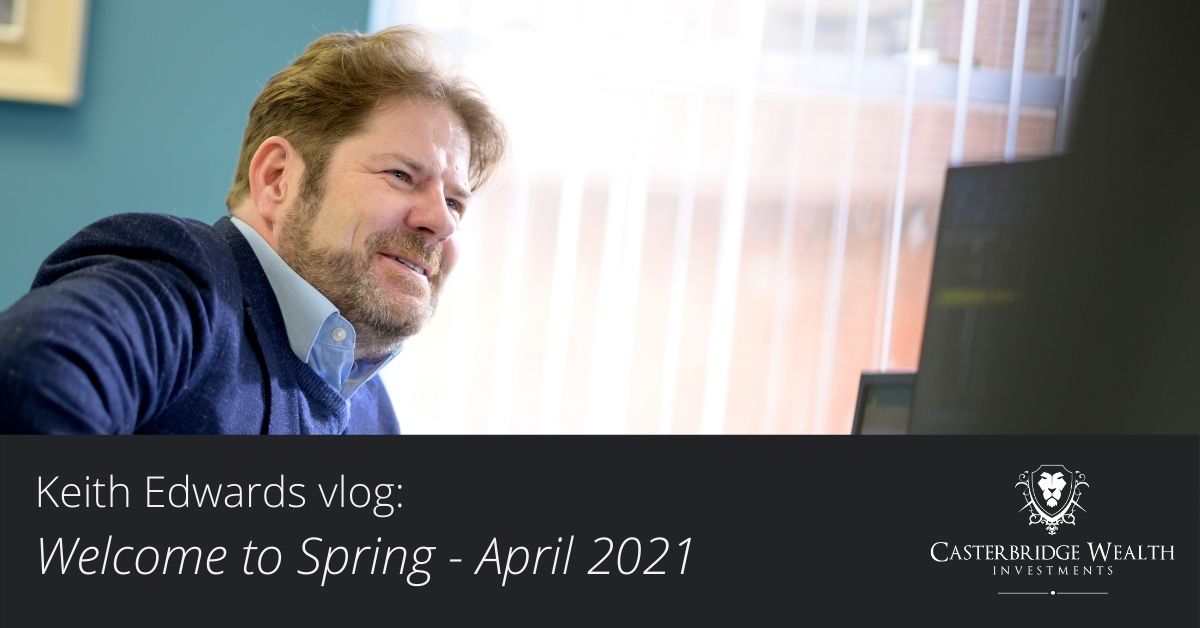 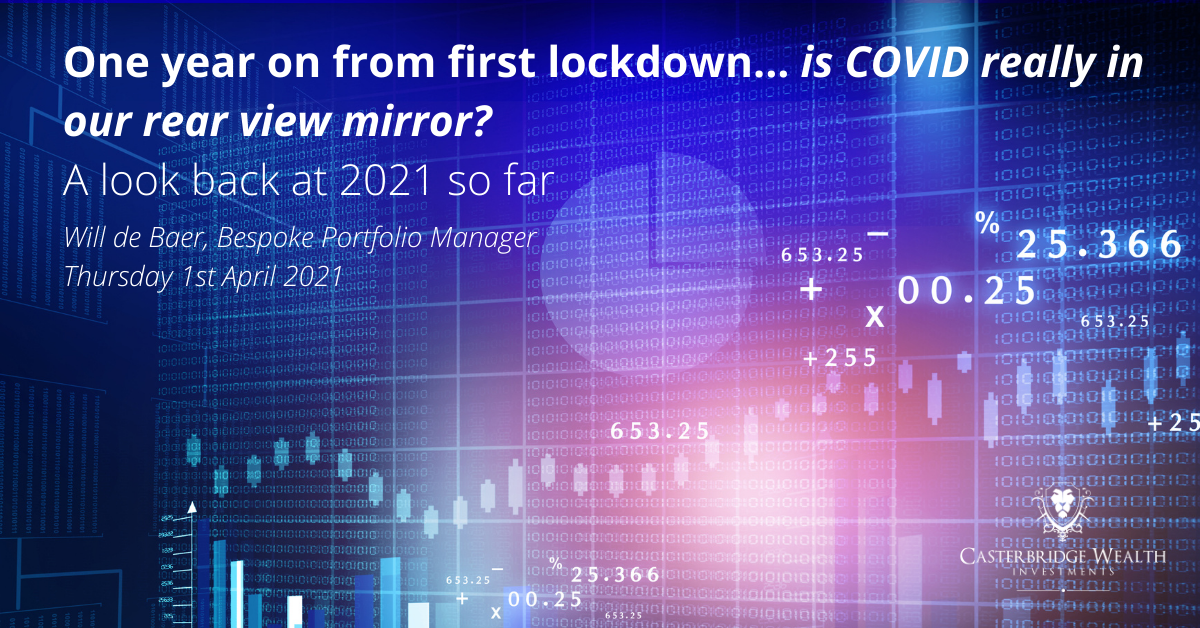 One year on from the first lockdown… Is COVID really in our rear view mirror? 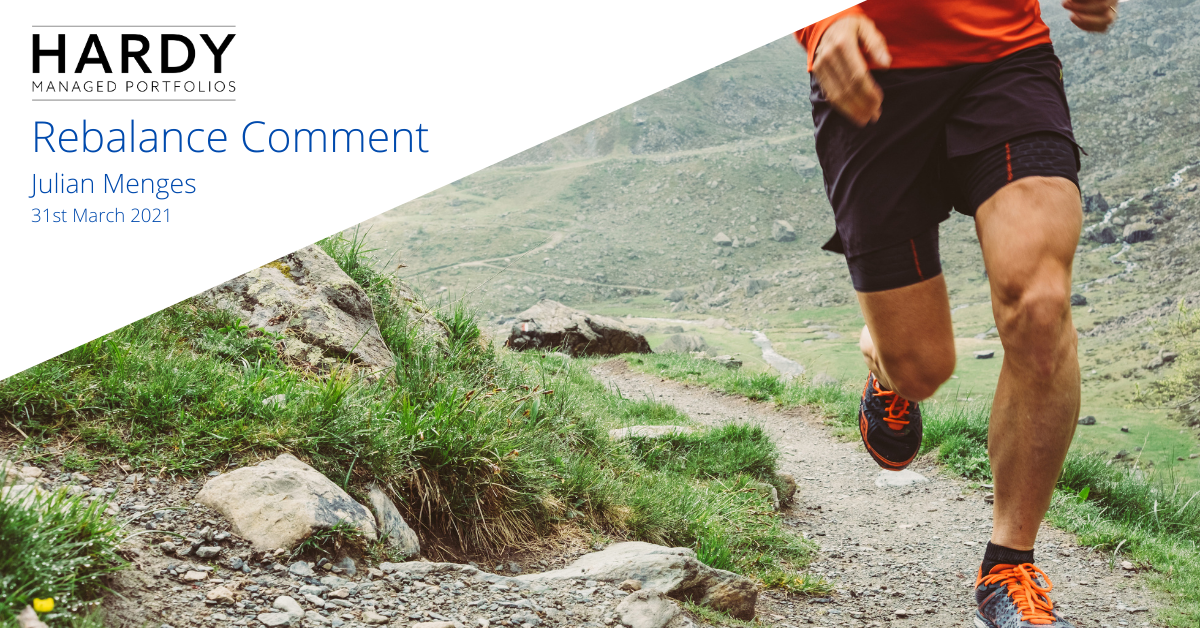 PrevPreviousMonthly Market Review
uncertainty in the US Presidential Election race.
NextThe story of Biden, Trump and a vaccine!Next 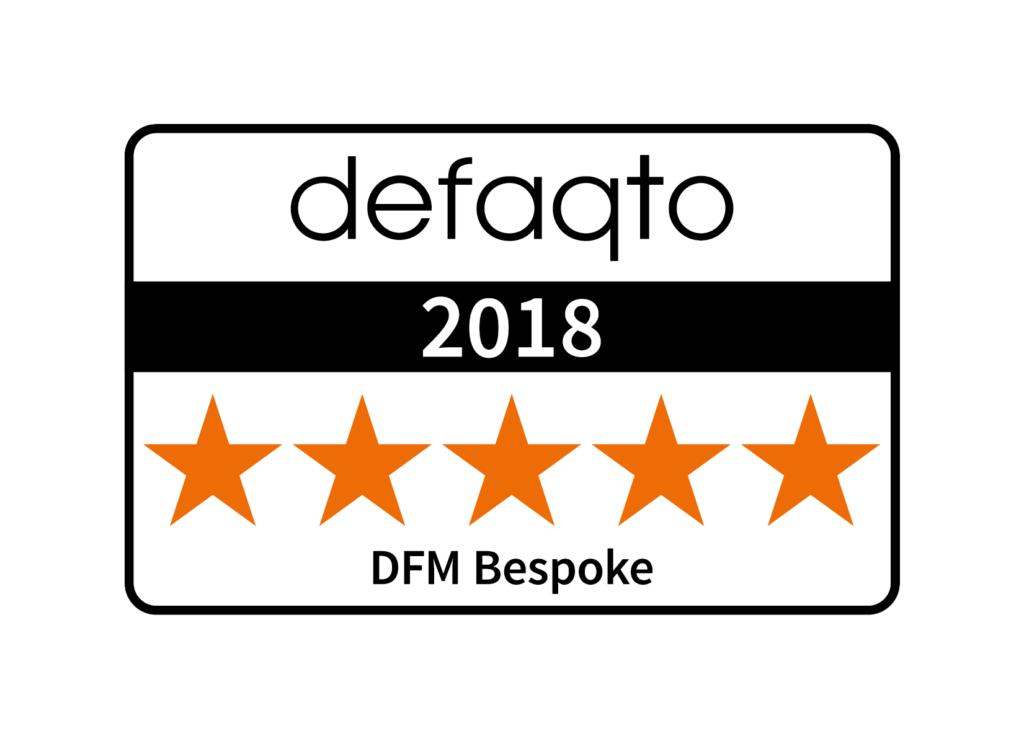 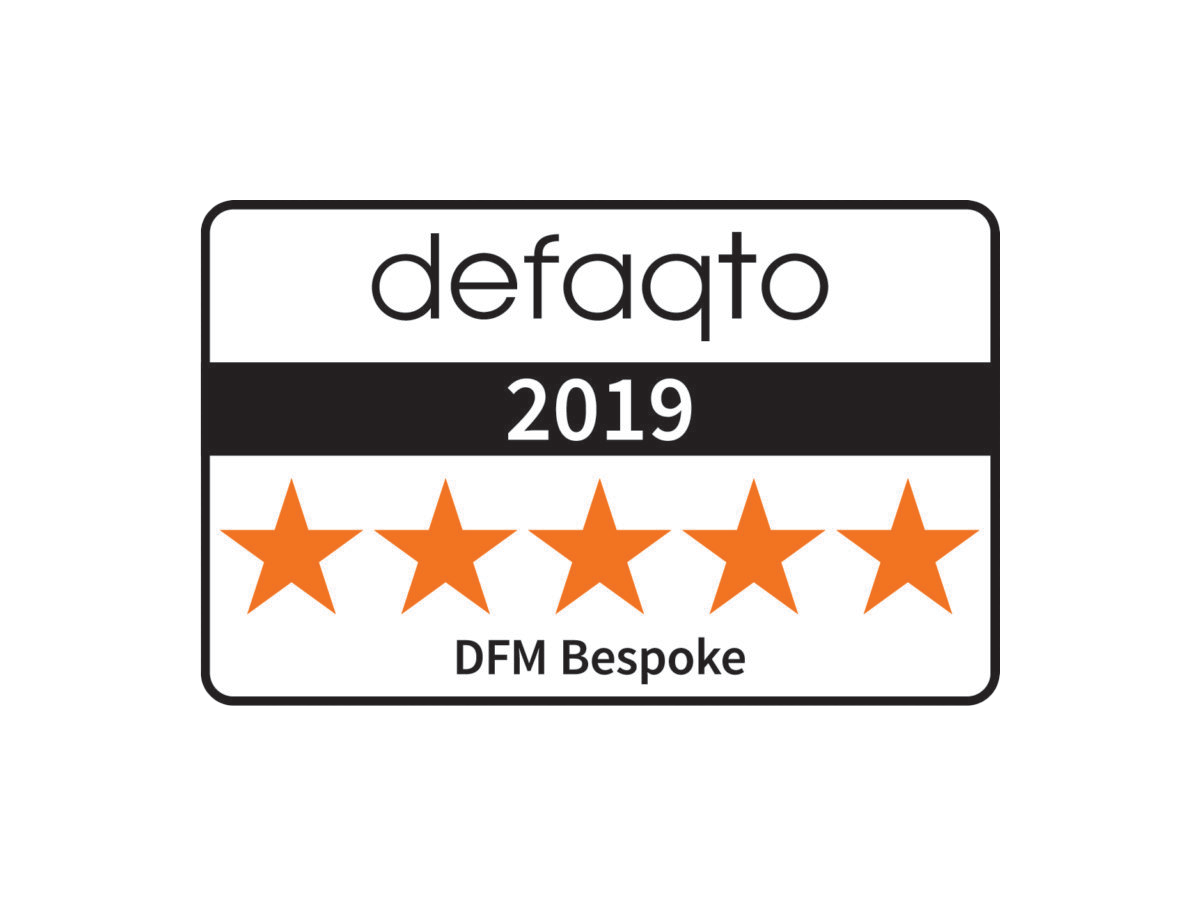 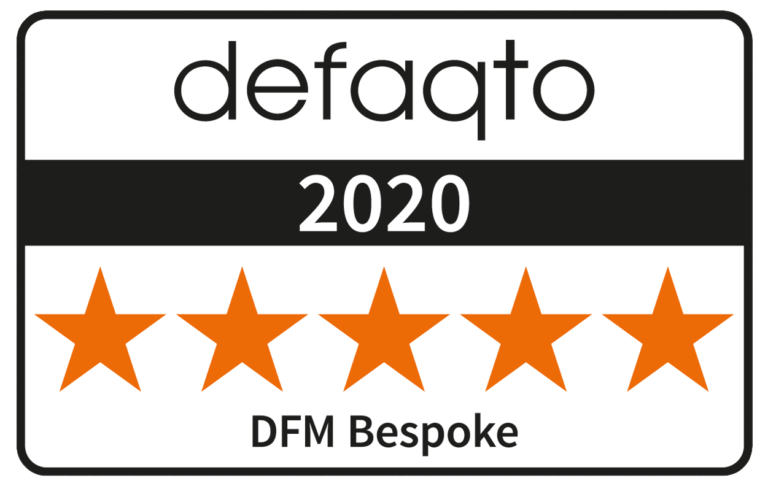 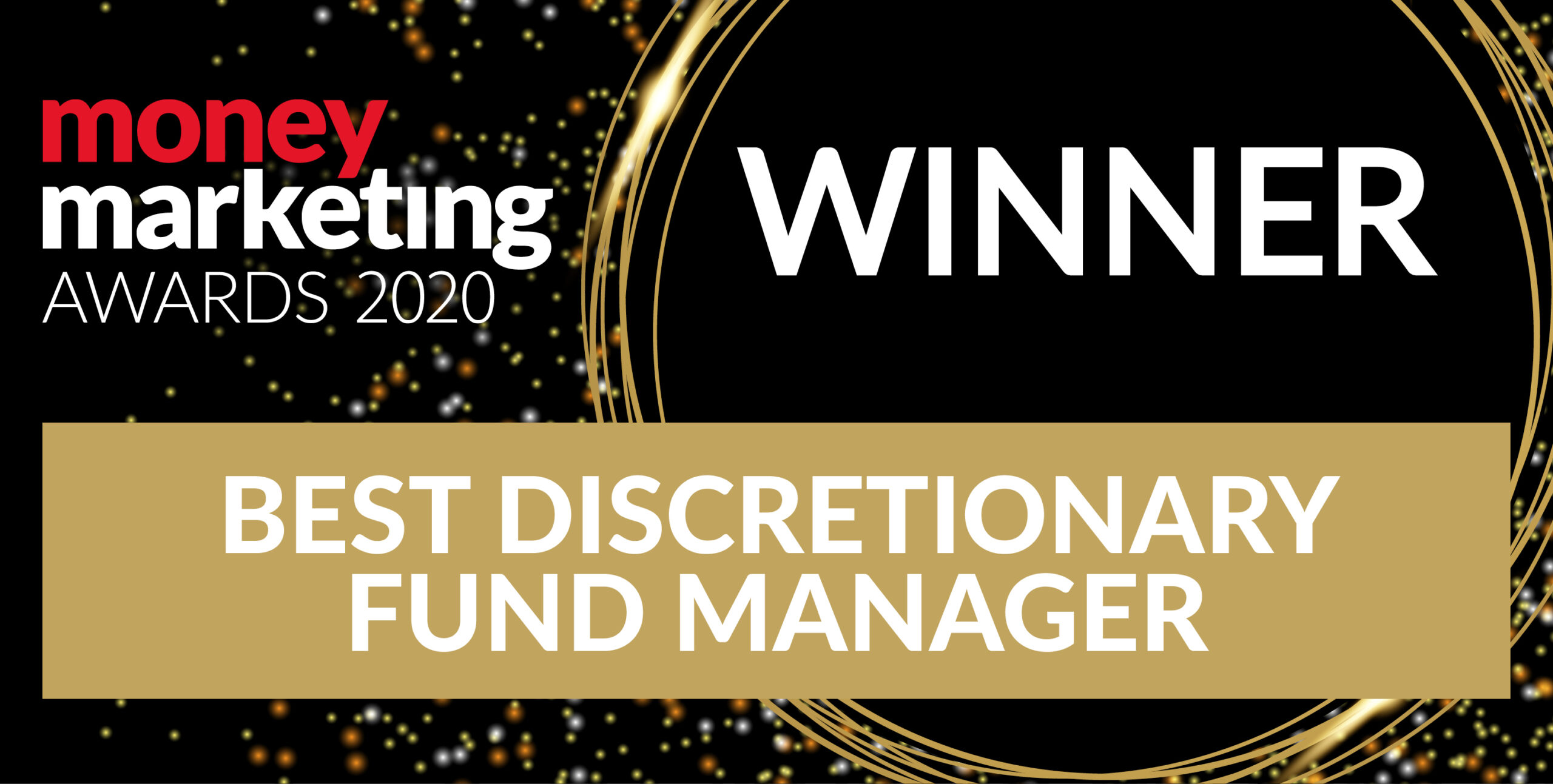 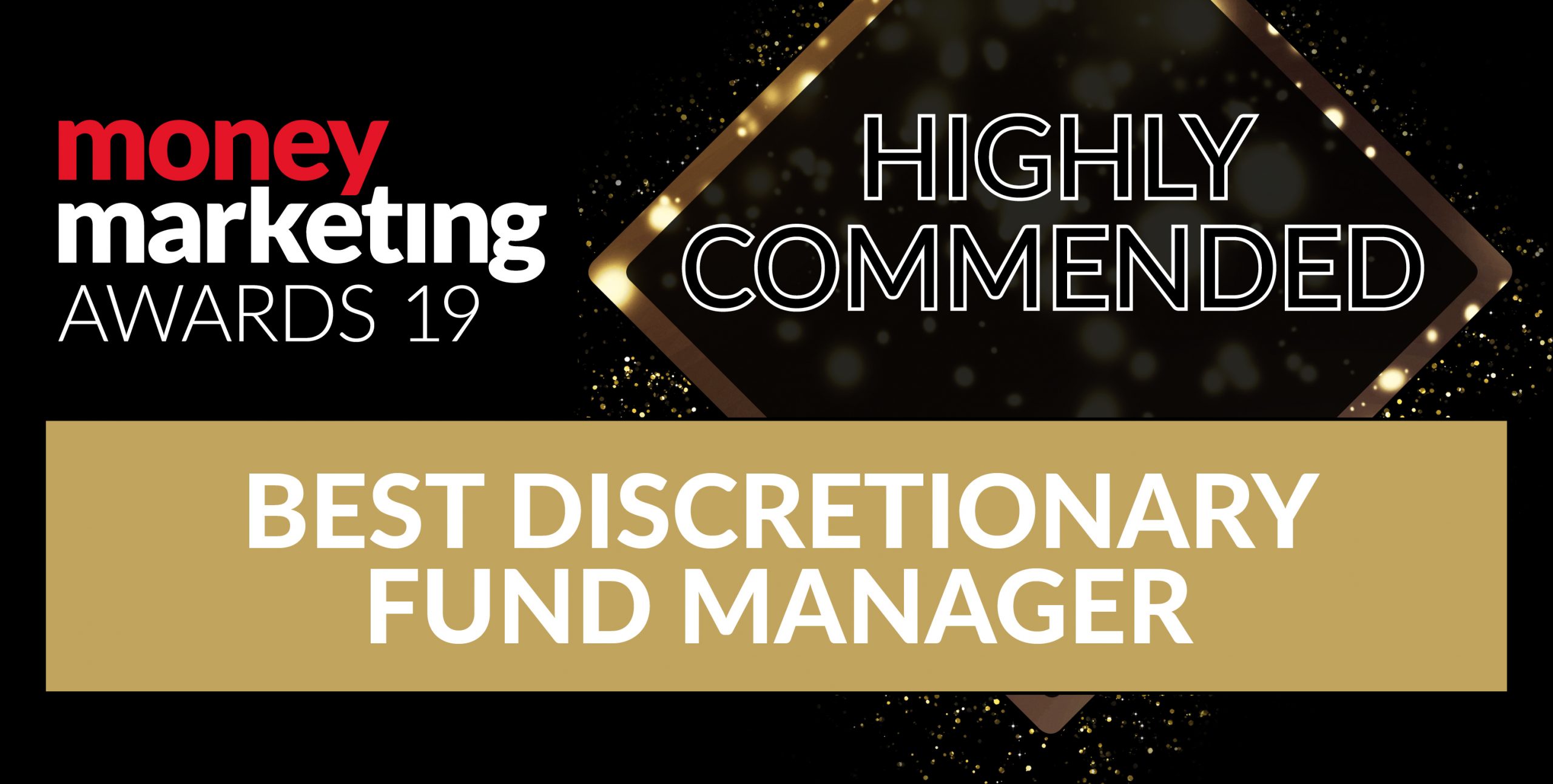 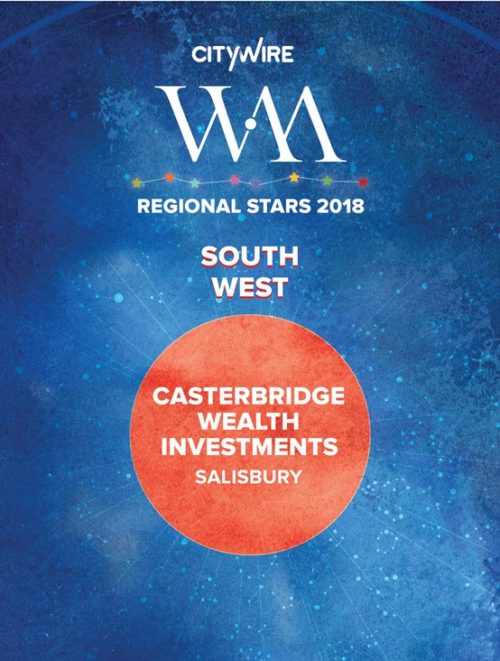 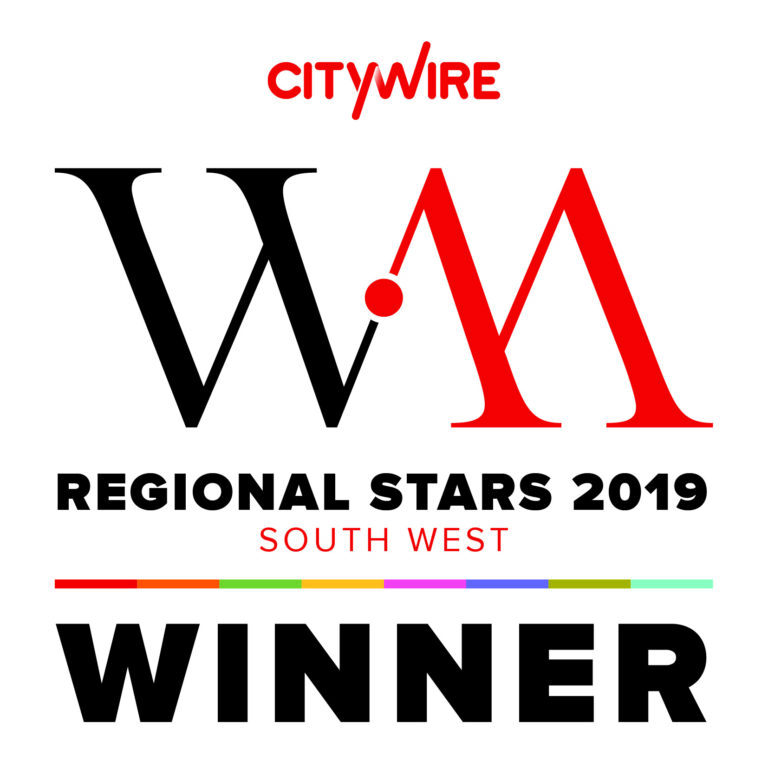